Dads: Just be There

“Fathers are the great gift-givers of the world!” – Sonora Smart Dodd, founder of Father’s Day. 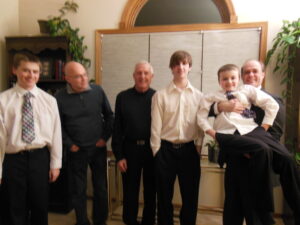 Three generations of the Schuck family

Did you know Father’s Day was created to honor a man who raised six kids as a single parent? Sonora Smart Dodd is credited with founding the first Father’s Day. Her father, William Smart, was a farmer and Civil War veteran. He raised Sonora and her five brothers by himself after his wife Ellen died in childbirth.

Sonora spent her life pushing to make Father’s Day a national holiday. That took place in 1972. That’s important, because today the traditional family is under a lot of stress. Honoring the role of fathers is more important than ever!

Dads are heroes to small children and role models for teens. 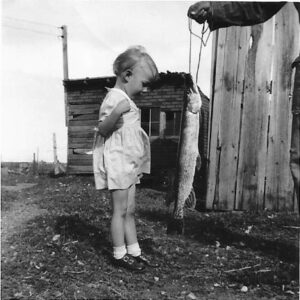 I admired the fish Dad caught

Many dads feel inadequate for their role. They need to know that just being there is important. One of the saddest tributes to a father came from John Kennedy, Jr. After the assassination of President Kennedy, his young son asked William Haddad, an associate of JFK’s, “Are you a daddy?” Haddad told him that he was. In response, little John Jr. said, “Then will you throw me up in the air?”

So dads, the simplest things are important to your kids. My father loved to fish, read novels of the Old West, and work with horses. However, few people know that he enjoyed singing. When I was a child, we had an upright piano and a piano bench filled with sheet music. We often sang together as Mom or my sister chorded the piano.

Dad belted out each song with gusto! I can still hear his rich baritone voice singing “Shine on, Harvest Moon” or “You are my Sunshine.” His favorite hymn was, “The Old Rugged Cross.”

Recently I received a packet of family mementos from a cousin. It included my dad’s obituary and the program from his funeral. “The Old Rugged Cross” was one of the songs sung that November day. It’s been fifty years since Dad passed away, but I still tear up when I hear that song.

Do you have a favorite memory of your dad? If you do, please tell him if you can, or share it with others as a way to honor him.

“God is the Father who is always home.” – Unknown 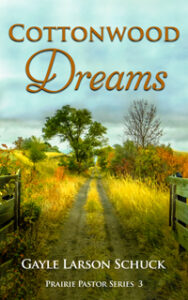 This morning a box full of Cottonwood Dreams arrived! That means that if you want autographed copies of my latest book, just let me know. You may also obtain copies at all online stores in paperback and eBook. Be among the first to post a review–all reviews are appreciated.